Tom Knox Pro For ISLE
Back to articles

As you may well have seen in our blog last week, Isle Skateboards recently premiered their long awaited first length video ‘Vase’ and, in the wake of this, have decided to promote London lad Tom Knox into the pro ranks!

It was during the second showing itself that Isle powers that be Paul Shier and Nick Jensen sprung the news on unsuspecting Tom, needless to say everyone in attendance was massively stoked for the lad!

Tom joins Paul and Nick, alongside Sylvain Tognelli, as the fourth pro on the squad – if you want to see exactly what helped propel him to these heights you’ll have to buy the video as Isle are keeping things British and releasing their stuff the old fashioned way. In the meantime you can check Grey’s photo recap from the premiere; the night really did go off! 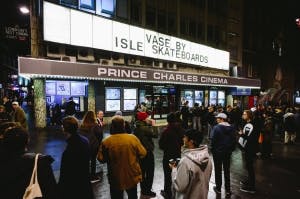