Adidas 'Far And Away' - Episode 1
Back to articles 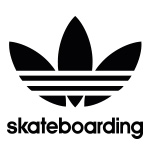 And to give you a glimpse of the immensity of traveling, filming hours, dedication and effort that goes in to such a production adidas have made a small series of behind the scenes footage of the crew heading out to different locations across the globe in order to finish the mammoth challenge.
The first episode delves in to what the team think is essential whilst traveling around the globe, in particularly Jake Donnelly's jam box, inspiring his team mates with decent music, or driving them insane with the worst trap music money can purchase.
Press play to watch this highly comical episode and stay tuned for part two...

Also hit play on the full trailer, it's bonkers!

Serious Sam: New Bird, Needle And The Dust Bowl (The Ballad Of)