Jonny Pickup : The R1 Interview
Back to articles 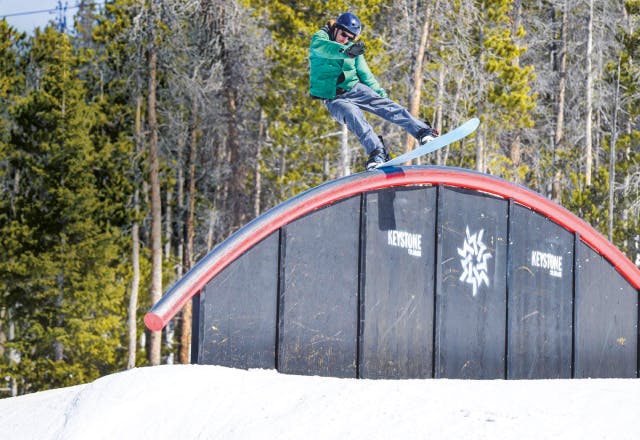 So is Pickup your real name? How often do people ask you that?
Aha, it does come up quite a lot, but yeah it's my real name.

What got you in to snowboarding and what keeps you riding?
I got into snowboarding by complete chance to be honest. I had a girlfriend at the time from Holland who I met surfing, she was going to Austria for the Hintertux park opening and suggested that I come and try snowboarding…so I went and had the raddest week ever, met some really cool people who I ended up doing my first season with and I‘ve been travelling to snowboard (as well as surf and skate) ever since. I keep doing it because it's such a creative and fun sport that allows you to express yourself through your own style in your own way.

Where have you been riding the past few winters? Got any favourites?
I have been to some rad places around Europe and Canada, but my favourite I think is Keystone in America. It's the sickest park ever, so many hits in a row!

You’ve been riding throughout the summer too?
Yeah I had such a fun summer out in Norway riding Folgefonna Glacier Resort, it's a really long summer park with loads of hits in a row and is a beautiful place to spend some summer months.

What else feeds your addictions?
I've surfed my whole life and have been lucky enough to travel to a lot of places to get good waves, and I skate a lot too. All three are definitely linked, and if you practice one, it can really help you ride better in another.

You managed to get in some filming last winter with Grindhouse…
Yes! That was for sure the highlight of my year when Jamie Durham told me I was going to have shots in his latest movie 'Hallucinate'. I don't have a full part but a shared one with Angus Leith, which to be honest makes it even better as we lived together this year and so spent alot of time going to spots and filming with each other. But yeah, so hyped to have some shots in such a progressive UK movie.

What do you think of the UK riders these days? Who do you like to ride with or just watch?
Man, there are a lot of really good riders from the UK at the moment. I’ve had a lot of fun this year riding with Angus Leith and Sparrow Knox who always get you pumped to try something gnarly. I have really enjoyed watching Ollie Dutton, Will Smith and Andy Nudds' Grindhouse parts over the last two years, and I’m really stoked to check out what they have been up to this year as they always film sections filled to the brim of legit hammers; so I would have to say them.

What have you got planned for this winter?
This winter will be an interesting one. I would love to film a full part and try and push myself to ride more technical street spots. But I’m also looking at some trips with a few people. Hopefully make it back out to America at some point as well.

Which do you prefer, filming or comps?
For sure filming; comps can be fun if the atmosphere is right, but to be honest I really hate the idea of being judged on one day over 20 minutes to see how good you are in the eyes of other people, I’d much prefer to go out and find a creative spot that you think looks like fun with your friends and push each other to get the tricks you would like.

Where would you most like to visit on your next trip, and why?
That’s a tricky one, I don't really know to be honest. I would love to go somewhere really obscure where no-one’s really been snowboarding before, and find some new spots, try and film something interesting and not just a different trick on a spot that's been hit so many times before you know? But to be honest I’d be hyped to go on any trip if there's the right crew!

Memorable day or trip shredding…?
Landing a big front side wall ride in America, it took me a heap of tries as the landing was so sketchy, and on the last attempted when everyone was like, "Okay Jonny, this is the last try and then we’re going home" I stuck it. I have never been so stoked about anything in my life! It was a real personal triumph to me as a snowboarder and a moment I dont think I will ever forget.

Where are you going to be spending most of your time this winter?
I would like to spend most of my time focusing on filming for a full video part, it's been a personal goal for a while now, and I hope to achieve it this year, although I’m not too sure where in the world that will take me. I think towards the end of the season I will spend a couple months in America, hopefully in Tahoe or Breck. But I don't really care, I’m just stoked just to snowboard! Haha!

Torey Pudwill : The Route One Interview