Louie Barletta 'In Transition'
Back to articles

Oh captain my captain, dearest sweet Lou, we've watched you counter the po faced attitudes prevalent in pro skateboarding many times over the past two decades and now, with the release of your 'In Transition' part, you've given us the ability to feel emotions we never thought possible in relation to another grown man.

Last week we shared R1 team rider Sam Beckett's amazing part from the latest Berrics' 'In Transition' series and we're mighty proud of our own East Anglian connection; truth be told, until approximately 8pm on Sunday night we were rooting for our boy to be crowned champion. Then San Jose legend Louie released his mini ramp magnificence to the waiting world and the Admiral of enjoi shook everything that we thought we knew.

Your humble author watched the part six times before settling down to write this, his mind racing at a million miles an hour, wondering how to express the brilliance and overwhelming sense of idol worship it had engaged in him. He then realised no hyperbole was required, no construct of words could sell the notion as well as the idea of Louie himself. So envision our most treasured Taurus, think of back yard mini ramps then prepare yourself - this is as good as it's ever going to get.* 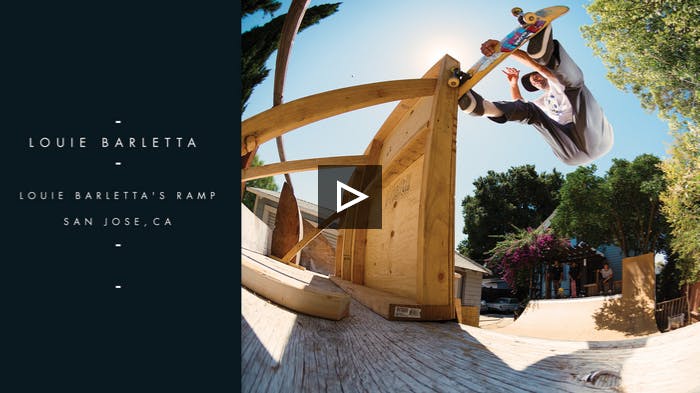 James Grindley 'Reminisce on This'