Primitive Does Route One
Back to articles

Primitive Does Route One

Monday just gone was one of those classically British summer afternoons that seem to exist only in the halcyon days of your memories. Golden hues formed from glorious sunshine and that warm August breeze that you swear must have been a trick of the mind.

That is until they actually come round and take you by surprise, molding what would otherwise be a decent enough couple of hours and turning it into one of those memories that last a lifetime!

That was certainly the case down here in Bristol, more specifically our beloved Horsefair store, when Paul Rodriguez and his Primitive Skateboards boys paid us a visit and indelibly imprinted their collective glory on the minds, mementos and sometimes even limbs of every one of us who managed to squeeze ourselves inside the shop!

Fresh from their veritable destruction of the infamous Bay Sixty Six skate park less than 24 hours before, it seemed the guys were positively relishing the opportunity to rest those travel weary legs and spend time with each and every one of many fans who'd made the journey to join us. And when you consider the crew ran deep, with everyone from Paul to new pro Marek Zaprazney, cult heroes Wade and Tiago to superstars Trent McClung and Carlos Ribiero, it certainly wasn't a quick affair making sure nobody was left out and no selfie with the stars remained untaken!

Unfortunately, as is so often the case on this sceptered Isle we call home, the weather soon changed and that glorious August sunshine quickly made way for the sadly predictable rumble of summertime thunder. The planned evening trip to the legendary Lloyds had to take a literal rain check but whilst the inclement weather may have rained off hopes of seeing their heroes perform it certainly didn't dampen spirits or wash away the magical memories of the hundreds of kids in attendance.

It's safe to say moments like this don't come around too often, especially to the tune of the prestige of the Primitive Skate Team. We're pretty sure we're not overstepping the mark to say this was an afternoon the south west scene won't be forgetting in a hurry! 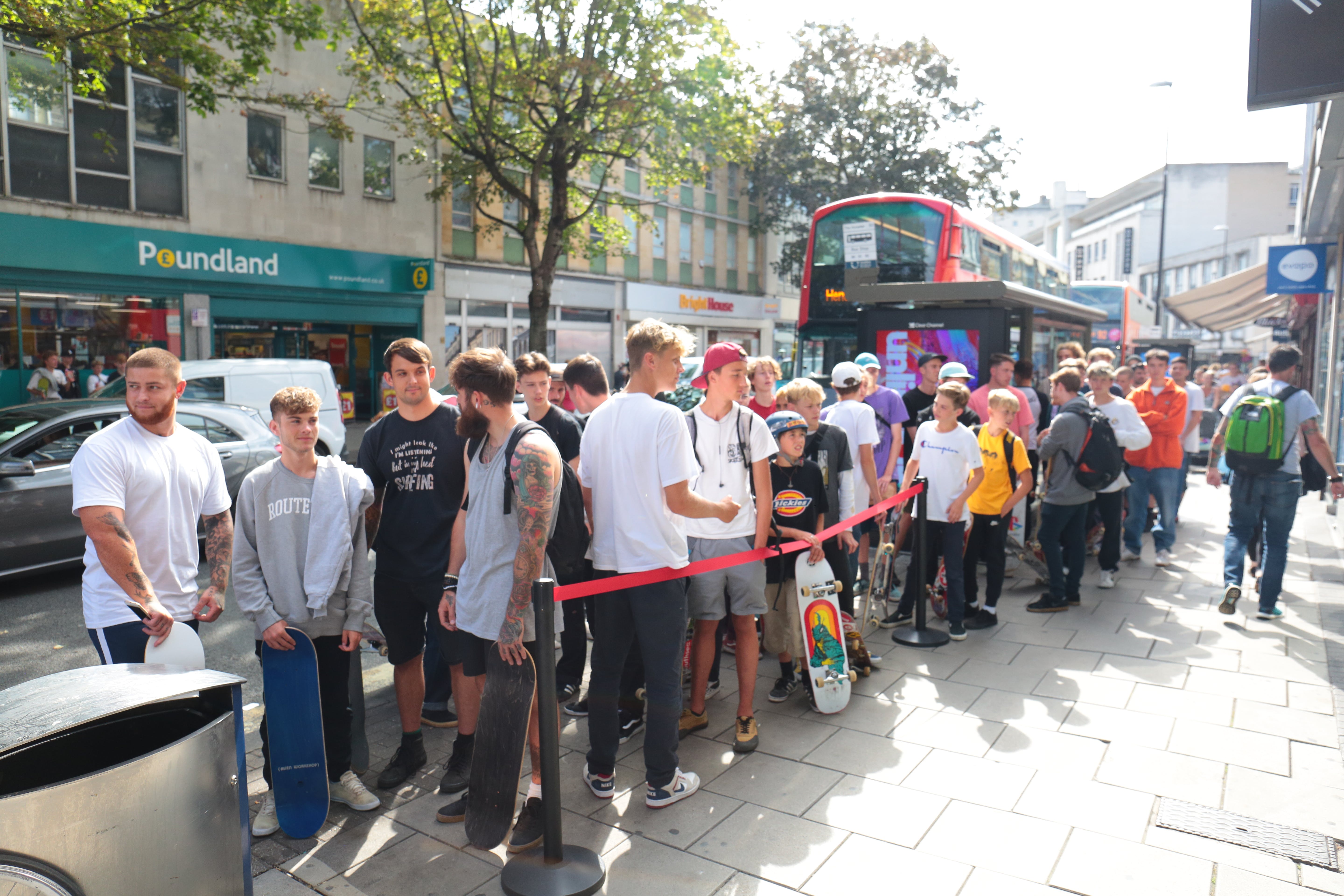