95 ‘til Infinity: The End of Sidewalk Magazine?
Back to articles

95 ‘til Infinity: The End of Sidewalk Magazine?

After a weekend of hearsay and rumours floating around the skateboarding ether, Factory media confirmed the news that we were all so hoping wasn’t true; After 20 years as Europe’s foremost skateboarding publication, Sidewalk magazine (along with Kingpin, Whitelines and a host of other titles) is to be published as a physical entity no more.

As the way we digest our media changes and moves onwards towards instant gratification and ad revenue driven clickbait features, the market for quality print articles and proper photography has seemingly dwindled ever smaller. Despite the fantastic work of Ben Powell, Andrew Horsley, Ryan Gray, Leo Sharpe, Chris Johnson et al, it seems the business viability of the jewel in UK skateboarding’s crown was simply no longer there.

For those of you who have grown up with the constant stream of regular news and footage updates the internet now affords us, it must seem almost impossible to imagine a time where we relied upon the words of a single magazine to let us know just what was happening skateboarding wise this side of the Atlantic but need it we did. It was the glue that held the various scenes together, the inspiration behind people’s life changing decisions, the voice in the dark that let you know you weren’t alone when everyone else in your school played football. It was also a fantastic read when you had a spare five minutes on the lavatory!

Sidewalk will, for the meantime, continue in a web based capacity but those fabled pages will be no more. R1 team rider Sam Beckett took the honours of receiving the very last cover – go out and buy yourself a copy now as we collectively doff our caps to the passing of the most important part of UK skateboarding we will ever know. 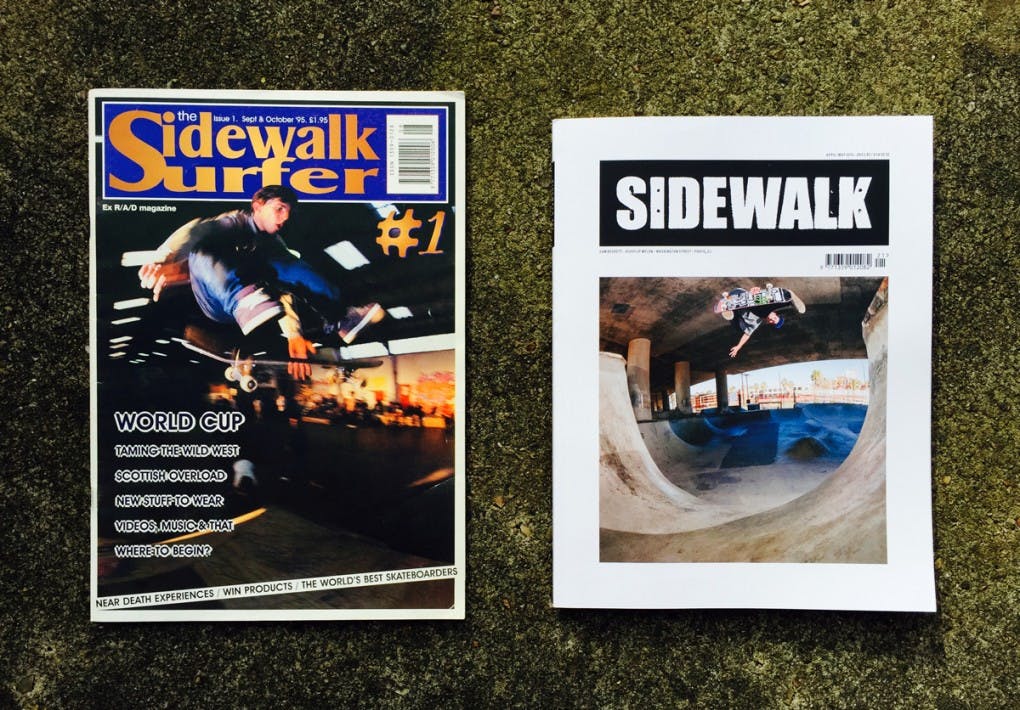