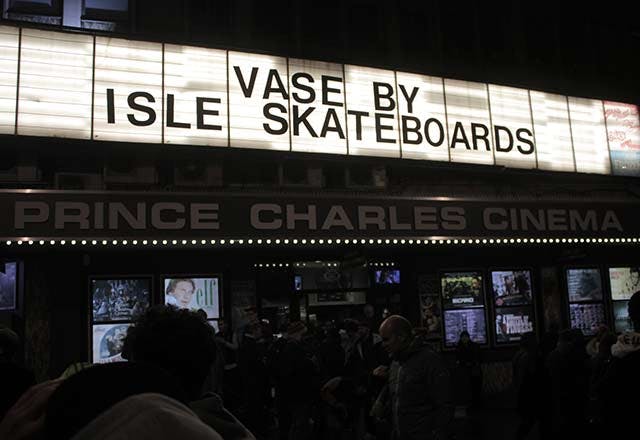 Saturday 14th of November saw the skate industry take over a small area of Leicester Square, all waiting to see what ISLE skateboards had to offer us. Directed by Nick Jensen and Jacob Harris, this was the first video from ISLE and going by the trailer, we were in for a treat. What started off as an online promo snowballed into this highly anticipated video. With a huge selection of skateboarders from all over the country waiting outside, everyone was excited to see what ISLE had in store for us. 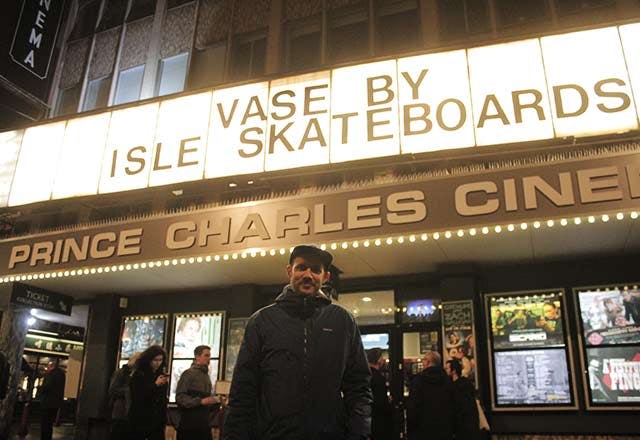 The video its self was an amazing piece of filmmaking. It was made with the right mixture of artistic filmmaking and creative skateboarding.

Before the video started, the ISLE team took to the stage to introduce the film, after saying a few thank yous and talking a little about the video, then Nick Jensen said he had a “big announcement”.
The big news of the night was Tom Knox turning Pro. With a stack of his Pro boards in arm, he took to the microphone to thank everyone and explain how he is going to be a father in January.

Congratulations on turning Pro Tom and good luck with the baby. 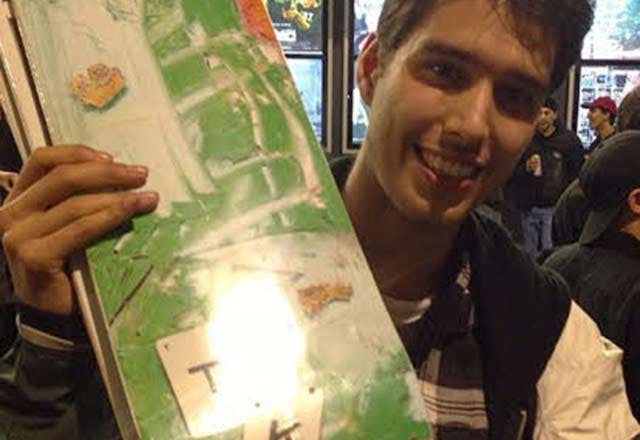