Let’s be honest, everybody has wanted to be a super hero at some point of their lives, Almost skateboards have done exactly that. With this range of decks, completes and apparel, Almost have teamed up with DC Comics to bring you the Superhero collection.

This line of boards are a nice mixture of an over-sized graphic and wood grain, with each side being a pro board for each member of the team. 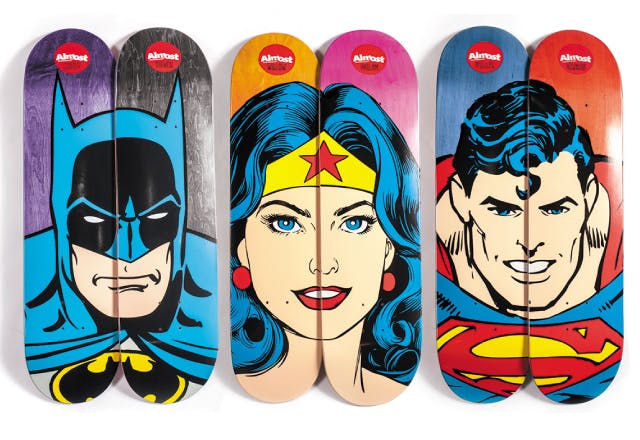 It’s such a great idea doing this so that 2 pro skateboarders can share one graphic, and it also looks good when both are sitting next to each other. Saying that, they look even better whilst Daewon and Cooper Wilt are doing tricks together.

The Splitface series consists of Wonder Woman, Superman and Batman and are all made with Resin 7 which means these boards are super poppy, just like everything else Almost have ever done. With a wide range of sizes and designs, you will be sure to find something suitable for your needs. 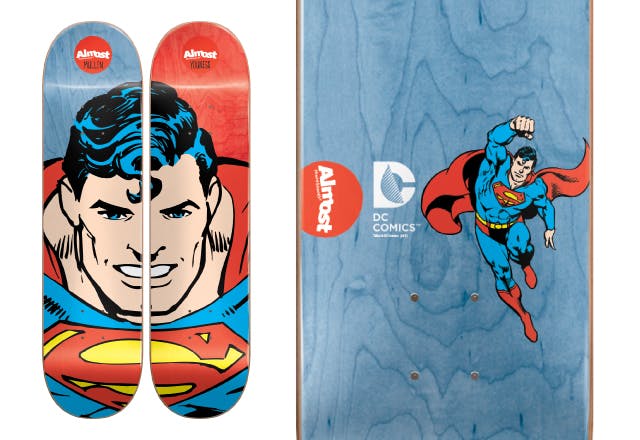 Started back in 2003 by Daewon Song and Rodney Mullen, Almost skateboards have had some of the most stylish skateboarders on their teams: Chris Haslam, Cooper Wilt, Willow, Youness Amrani and Lewis Marnell. Even though Marnell unfortunately passed away in 2013, Almost have been constantly releasing boards in memory and keeping his spirt alive. 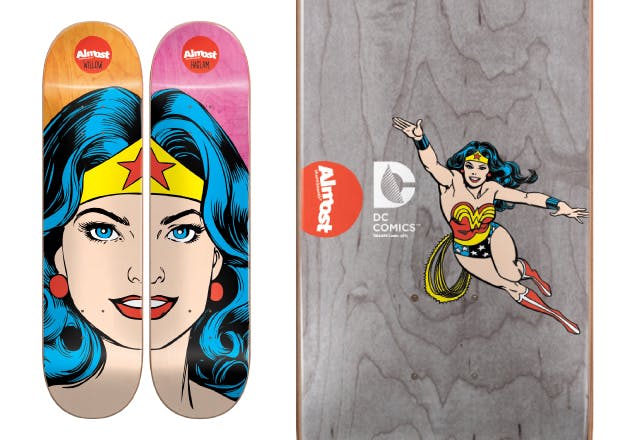 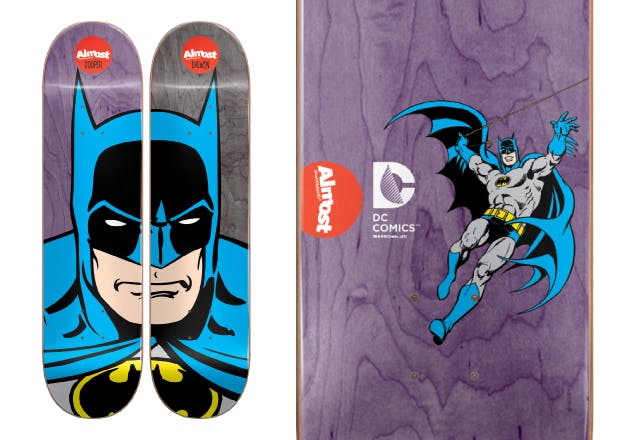