Ali Boulala on Jaws and That Ollie
Back to articles

Ali Boulala on Jaws and That Ollie

Unless you’ve been sleeping under a rock you can’t fail to have noticed that everyone’s favourite skateboarding lemming, Birdhouse pro Aaron ‘Jaws’ Homoki, managed to ride out where only  Ali Boulala had previously tried.

So, amongst all the hype, jubilation and (from some quarters) cynicism, the main thing everyone really wanted to know is this; what does Ali himself have to say about it?

As it turns out, Jaws and Thrasher (who were responsible for flying the whole media circus out to Lyon) invited Ali along to witness the spectacle first hand and he breaks down the entire process in this interview  with Afterskate.com.

Depending on your generation, you’re likely to view this frank and honest interview in one of two ways. We have a feeling the younger ones of you out there may well see this as sour grapes from an aging guy whose biggest “achievement” has been one upped, whereas the older folk are much more likely to be ‘Team Ali’, wholeheartedly agreeing with his dry observations and quite puzzled with the direction and approach modern day skateboarding is taking. Either way, this is essential reading into what may be the final chapter in one of skateboarding’s most enduring tales.

Click Ali's infamous carcass toss below to read his words. 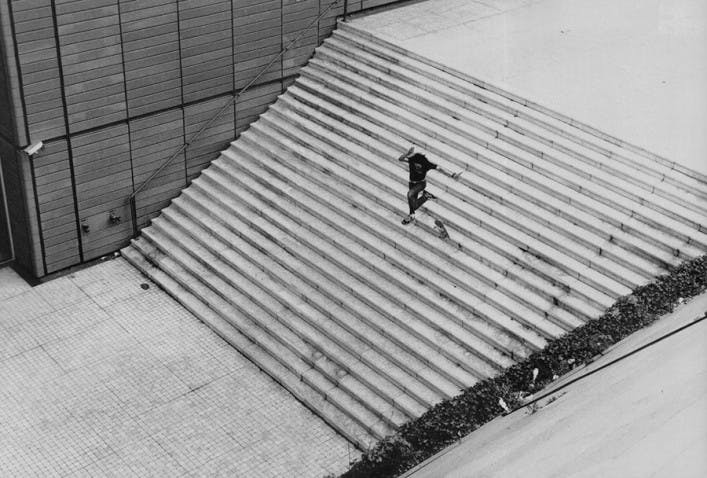