The Bots : The Route One Interview
Back to articles

The Bots : The Route One Interview 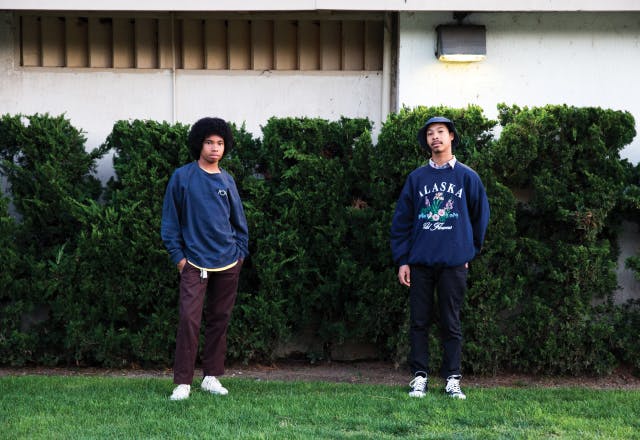 With a trail of blistering live shows behind them, a list of celebrity fans, two albums and several trips around the globe, it’s hard to believe brothers Mikaiah and Anaiah Leh (aka The Bots) are still younger than the US drinking age!

Having been into these guys for a while we caught up with them at home in Los Angeles to get the lowdown on the past, present and future for The Bots.

Are you stoked on the reaction to your album “Pink Palms” so far?

Mikaiah: I am very happy to see people have taken a liking to the new album. We worked really hard on it, countless nights staying up late working on melodies, trying new riffs, thinking of crazy effects we can add to each song. We just love making music and we love to play our songs for people and it still amazes me that people enjoy it as much as they do, I think the live performance adds to the experience. A visual to it all is very important.

Anaiah: It’s very exciting, all the feedback we’ve gotten on the record. Very happy with how it came out and very thrilled to see people enjoying the album this much.

Who’s idea was the video for “All I really Want”? That was sick...

Mikaiah: It was both ours and the creative minds over at the Fader label, just silly bits and bobs from the Internet and our song with some of our clips telling a story of the song. A narrative in a way... back to the visuals playing a part in it all, that’s exactly what the video does.

You guys ever bust-up over the classic “musical differences” or is it all brotherly love in The Bots?

Mikaiah: No, we love most of the same music and if there is something that one of us isn’t hip to we are usually quick to share. That gives the band a good balance, not being over-bearing is key. Always going with the flow!

Anaiah: We’re both into the same music, like he said; we share music with each other all the time.

How much of an important role has skateboarding played in your life?

Mikaiah: It’s all I ever did as a kid - I would skate every single day, we would always go to the skate park like two times a week and when I wasn’t there I was outside on the block practicing street tricks (although I was always better at vert). Anaiah, on the other hand, is great at both street and vert. Nowadays I just stay at home and practice music but skating is always gonna be with me - I will always ride.

Anaiah: We grew up skateboarding; I still go out and skate all the time. No matter what, it plays a big role in my life.

Do you get more hyped when you meet pro skaters or musicians you admire/respect?

Mikaiah: I guess musicians ... with the exception of Tony Hawk!

And who have you been most stoked to meet?

Mikaiah: Tony Hawk and Paul McCartney, he’s like the biggest rock star I’ve met so far but I’ve been lucky enough to meet a lot of people like Diddy, Usher, Pharrell, Andre 3000, and some of my favorite rock bands like Arcade Fire, Micachu and the Shapes, Deerhunter, Little Dragon, Yeah Yeah Yeah’s, Blur … the list goes on!

Which skate companies and brands do you dig the most?

Mikaiah: HUF, Kr3w, Cons, Levi’s, Altamont, Heroin Skateboards, Evisen Skateboards, DLX distribution - they have all hooked us up and we love them!

Anaiah: Everyone on Heroin Skateboards, Cons, the whole of DLX distribution as well as Baker Boys, HUF, Evisen Skateboards. There are a lot of names within these distributions and companies and so many more, these are just a few to name.

I hear something’s going down with you guys and Converse - what’s the story there?

Mikaiah: We are associated with Converse because of our label FADER and we have been Cons ambassadors for a while now. They have always been great to us, and the label.

Anaiah: Exactly that, we’re one of the Cons ambassadors, it’s insane to be a part of such an astounding company!

Who was more daunting to support at Hyde Park - Blur or Sabbath?

Mikaiah: I think Blur at the time, as they were gone for a while, and the people that came out to see them were just absolutely insane! It all felt so surreal when I was there and just talking about it makes me think of very fond memories! I love what we did the second time there, it was on a proper stage so that went down much better.  Anaiah: Both were amazing, can’t really choose one over the other.

I hear you guys are big Star Wars fans, you looking forward to “Episode 7” later this year?

Mikaiah: No not really, as I worry it may not be any good but I can be wrong - I hope I’m wrong, but a lot of people have the same expectations in mind. We sometimes just don’t know when to stop and we don’t have very many good movie ideas lately … Times are hard, what more is there to say?

Anaiah: I’m a pretty big fan. I mean to my knowledge they aren’t following the storyline of the expanded universe, so that’s very upsetting, and George Lucas had absolutely nothing to do with the film, so that’s very upsetting as well. I am excited of course but I hope it’s not going to be disappointing. There is a lot riding on this and JJ Abrams knows it!

When are we gonna get to see you guys over in the UK again?

Mikaiah: Hopefully soon, maybe a few months from now. We can’t wait to be back, the crowds out there are usually into our sound and I love to see familiar faces. We have a lot of folks overseas that will come to more then one show and that really means a lot to us - we have some great fans! Anaiah: Hopefully very soon, we love being over that way so much so it’ll be a blast going back.

Mikaiah: You have pads and a helmet? Haha

Anaiah: I’ll skate a mini ramp any time, any day. Would be awesome, thank you! 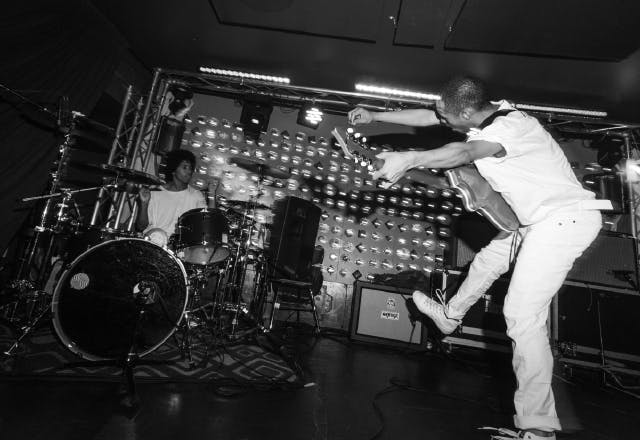 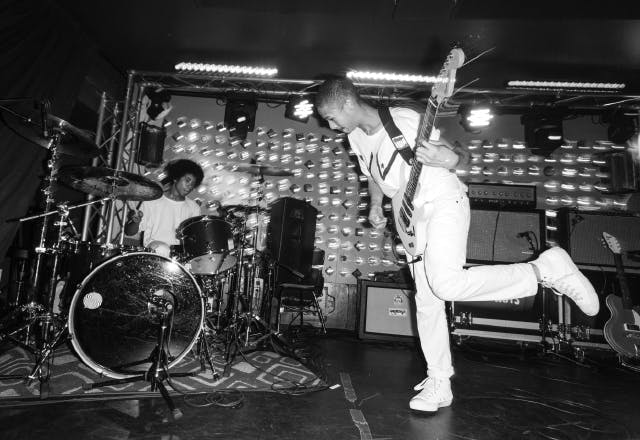 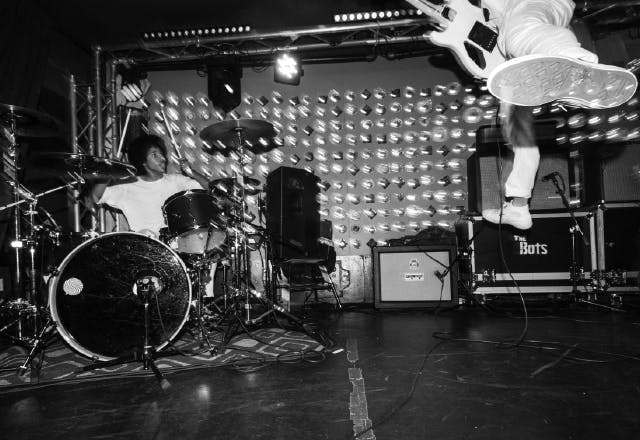 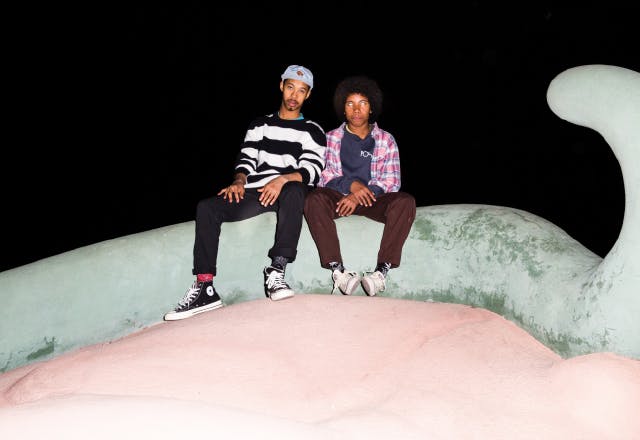