Keith Hufnagel Interview - Route One Magazine Exclusive
Back to articles 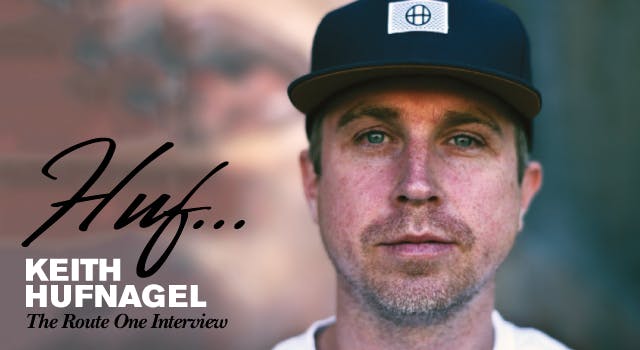 Keith Hufnagel is just one of those dudesâ¦

From his raw NY style to bombing SF hills, from the sheer but controlled speed of his lines to the attention to detail and cultural references on products; Huf is just one of those dudes who commits to everything with style and determination.Â Â

There were a whole bunch of subjects I wanted to chat to Keith about; from his roots as a pro skater, to becoming a store owner, to eventually running his own brand. During a recent visit to California, we grabbed a cold beer and started from the beginningâ¦Â Â

Hey Keith, letâs take it back to the early days - How was life growing up skating in NYC? My friends were skateboarding at the time so I got a board and right away I became addicted to it. I started searching out the skateboarding scene and there was this huge underground scene, as you know, which existed at the Brooklyn Banks and little pockets around the city. I really searched out, became part of that culture and once I found that I was in. All my friends (who were skating) ended up not skating anymore so when they disappeared I just kept going, found new friends who were skaters and that led me to all the other boroughs of New York City.

Did that original group of friends move on from skateboarding, due to changing circumstances, or did they just find a new outlet? They were just into other things but I was addicted to skateboarding and that was what I was happy with.

The NY skate scene in the late â80s - mid â90s was so unique, I remember first going there in 1994 and it felt like a totally different vibe to what was happening over in Californiaâ¦ what are your best memories from that era?

New York City is all about just getting on your board and just pushing, pushing, pushing and going from spot to spot to spot. There are other cities like that but thereâs no city like New York City. Skateboarding there has so much energy and it brings you on a new path every time you put your board down â there are so many things happening and itâs pretty frickinâ amazing!

Back then all we did was push and hop on the train, which was so easy, like London â itâs very similar. When you grow up pushing around a city I think it makes you a different type of skater because youâre using your legs more and more, youâre ollie-ing up every little thing thatâs around so youâre creating a different type of skateboarding. Sometimes some skaters will just show up at a spot and skate that actual ledge or something like that but with city skating you gotta duck and weave, things are coming at you, traffic, people and all sorts.

Who were you hanging with at Embarcadero in those early days? I grew up with Keenan in New York but I met Carroll out there, Mike York, Karl Watson, Kelch and all the REAL crew; Jim Thiebaud, Tommy Guerreo, Kelly Bird. All the people living there became friends.

Is that how you ended up in FTCâs âFinallyâ? Yeah I was part of FTC back then, I was hanging out there. When I moved to San Francisco I was riding for FUN, Ron Allenâs company, who I rode for a while before I quit and I ended up getting with REAL. Iâve been on REAL since 1993 and I would hang out at FTC and get my extra things there. 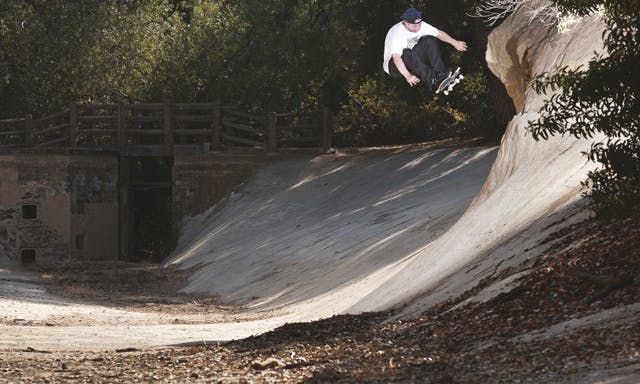 I first visited the HUF store when Mega (co-founder of Black Scale) was the manager and there was a real buzz about the store at the time. What prompted the desire to open a sneaker store given that you were still skating professionally at the time? For me I just wanted to do something besides skateboarding. I had been skateboarding for so long and travelling a lot of the major cities from Tokyo to London, from Los Angeles to New York, and there was something I was interested in which was sneakers, footwear and apparel. There was this whole subculture going on which existed in LA, with places like UNION, and San Francisco had stores but they didnât have the store I really liked going to so I thought I would just create it there, and not compete with anyone, and just be our own style. That was HUF - the actual beginning of HUF âthe brandâ was retail.

How much of an influence was DQM and what Chris and Dave were doing on the East Coast back then? Same thing, Iâm super good friends with those guys and I grew up with Chris. Weâre all on the same path, communicating with each other, showing each other our products, doing it all.

Letâs talk about the development of HUF the brand â Youâve moved it on from being a series of stores to a lifestyle brand in itâs own right. Was this always the plan or just a natural progression? Itâs all a natural progression - it hasnât been easy; weâve gone through a lot of hiccups. In the beginning the goal was just to do retail and do a small private label line through the store. As time went on, and we experienced all the problems with production and building a brand, we ended up choosing the brand over the retail. We closed the stores and decided to focus on building the brand with the plan to eventually come back into retail. Thereâs a lot of things which led up to that but we ended up just saying âHey, weâll come back to thisâ and weâve made it past that and will be re-opening a store this year.

Will that be in LA or SF? Weâre going to open in LA first and Iâd like to take it to New York after that (cracks a huge grin) but weâll see. Iâm not going fast at this, weâre taking it very slow â watch Los Angeles first and see how it goes.

Which neighbourhood in LA, the obvious one? Yep, weâre gonna be in Fairfax village â back on the block, no one will know we ever left!

From DC to DVS and designing colourways for Nike SB to starting your own footwear brand â Have you always been into sneakers? Yeah definitely, Iâve gone in and out of it but yeah I have a huge passion for footwear and Iâve been involved in footwear for a long time now.

So was a HUF footwear line always in the back of your mind when you started the brand? Iâve wanted to do that even longer than doing the store. I just didnât think it was possible for a long time then an opportunity came up for me to do that.

Bringing Dylan and Austyn onto the HUF Footwear team is a strong move; are you planning signature shoes for those dudes? Theyâll both have signature shoes â Dylanâs weâre showing now so theyâll be out Fall â14 and then Austynâs will be out Spring â15.

Dylanâs Gravis shoe polarized opinions; will his HUF shoe continue a similar style? It has the aesthetic, of that, but itâs new, updated and improved. It definitely has the Dylan style but wonât be the same. 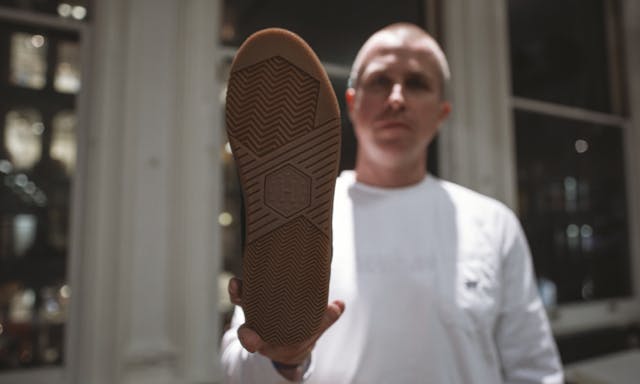 The Plant Life socks are a bona fide phenomenon â whatâs the deal with those socks? Everybody wants them, everybody wants to put weed on their feet, everybodyâs feet are getting high; I dunno, itâs rad though. Weâre knocked off left and right, people are stealing it but we invented it and itâs our thing. I love it!

With the likes of Thrasher, WuTang, Haze and Snoop youâve produced some very cool hookups - Is there anyone in particular you would like HUF to collaborate with? Thereâs so many! Some Iâm trying toÂ  get approval and some Iâm trying to search out so canât really talk about it but I do pick and choose them very carefully. They need to be special and not to be oversaturated.

I do a lot of collaborations with my friends, who have companies, like UXA, LMAJC, DQM to really big things like WuTang and Snoop so weâre trying to get the big and the small. A collaboration can be a one piece thing or a whole capsule so you gotta be picky in what you chose to do.

Talking of collaborations, the HUF x THRASHER Stoops Tour was a great success and it was really cool to see you guys stop off at Southbank when you came to London. Â That was insane, great demo. If they are going to just demolish it then that sucks. Sometimes you just canât stop people but if they can make a big enough fuss and protect it then thatâs awesome â more power to âem. You know skateboarding though, spots come and go.

Look at the Banksâ¦ Exactly! They say itâs gonna come back but, you never know, that could all just be a front!

Do you think youâll ever move back East or are you Cali through and through? Not right now but you never know. Getting older sometimes you donât want to be in the hustle and bustle of New York City. I love it personally but it can be exhausting if youâre in there every day - if you go for a few days itâs the best thing ever though! I like LA right now and plan on having my roots here for a while and then weâll see.

Do you miss bombing hills in SF? Yeah thatâs such fun. There are actually some hills here in LA though, some gnarly hills. Weâve been hitting them up but theyâre sketchy as Hell â big hills with gnarly cracks!